Korba/ Regarding adopting irresponsible attitude of Korba / Surakchar Management and Mines Safety Department, Dipesh Mishra of AITUC said that Surakchar Fatal accident in mine due to negligence of management and system failure on date 27.11.2021 at 3:30 pm in 3/4 mine The incident happened in which Late Shri Ram Charan, the dealer died on the spot, he further said that in the investigation action taken by the competent department, the higher officials have been clearly saved and innocent workers have been made unnecessarily accused.He further said that due to system failure, only three officers are directly responsible for the accidents in the mines.Responsible is the first agent, second mine manager and third mine safety officer, but it is very surprising that in the investigation proceedings, these three officers were completely released after multiplying and other three people were conspired and implicated, the most serious thing in this is It is said that a senior overman Virendra Kumar Patel was on sanctioned leave at the time of the accident, preparations are being made to make him guilty, and the funny thing is that the matter of mine safety. 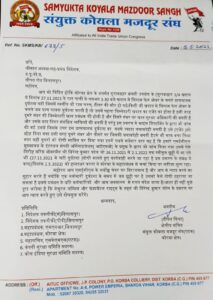 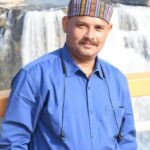